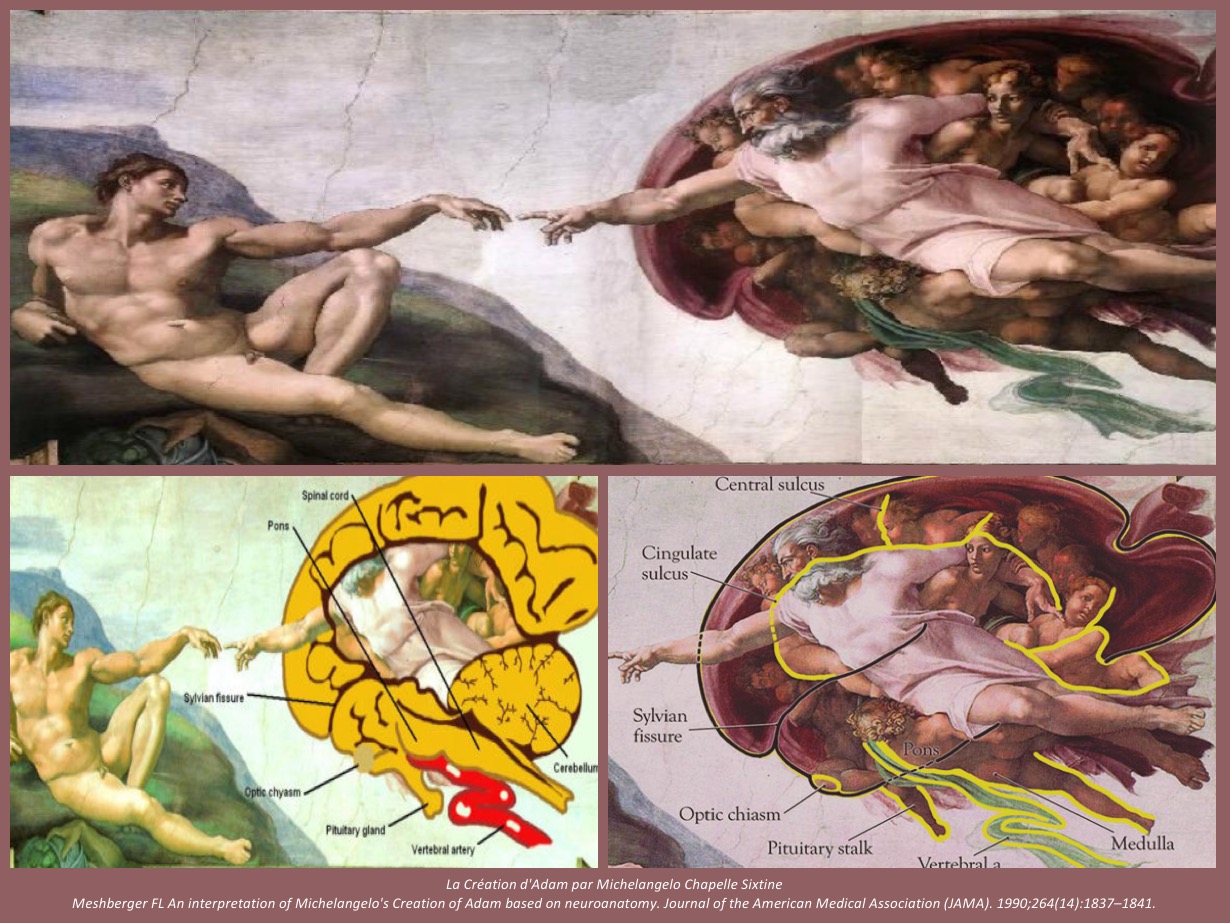 From the Brain Research through Advancing Innovative Neurotechnology (BRAIN) initiative of the White House to Google Brain research, Facebook hiring neuroscientists to work on Brain Computer Interface (BCI), Elon Musk Starting up Neuralink to download your mind and Bryan Johnson Kernel to merge the human brain with Artificial Intelligence (AI), Singularity defines 2030 the moment when Machine Intelligence is equal to Human Intelligence (HI) and merged with it. However, how should this machine intelligence be configured? Ah! Based on the human brain structure and function! Big Data, deep machine learning, neuroimaging and neuroscience research.

Indeed, learning, memories and emotions that made you who you are, your common sense, decisions, intuitions, free-will, morality and your consciousness are part of your brain, and can be stored… But can they be replicated? A brain is composed of approximately 100 billion neurons which are interconnected electrically and chemically to for approximately 100 trillion connections that makes you feel, imagine and think. Do your math!

To answer these overwhelming questions, let’s start from the beginning: The Creation of Adam (Genesis 1: 26–27). In the Sistine chapel, Michelangelo painted along the longitudinal axis the Creation of Adam depicting God wrapped in a shape representing the brain to suggest that God not only endowed Adam with life, but also with intelligence. This wrap was proposed to be the human brain cortex: the siege of our intelligence, decision making, conscious awareness and morality. Intriguingly, God’s arm is branching out from the frontal lobe, specifically the cingulate gyrus, a brain region known to be implicated in cognitive and emotional error monitoring and “free-will” decision making. With it God is touching Adam’s hand.

The simple message encoded in this painting conveys the merge, during the creation, between the brain and HI. Since our creation, our cognitive and emotional behaviors have been shaped by our brain, and undeniably these behaviors shape our brain.

Today, “Adam” strives not only to create AIM, but also to endow them with a human touch! The question is will he also endow AIM with a “free-will” decision making? First, humans created AIM and then they discovered that they could not compete or follow these machines’ wild pace of capabilities. Energy and resources have thus been mobilized to accelerate the creation of neuroprosthetics, Brain Machine Interface (BMI), BCI, a neural lace surrounding the cortex (to augment HI) by linking it to AIM, mind uploading and connecting it to the cloud.

Igniting a Human-AIM revolution opened a Pandora’s box full of ambiguous and uncertain possibilities and difficulties. For example, imagine certain decisions that you are taking intuitively, and an AIM knows/prefers another alternative answer – accordingly it sends suppressive neural code to certain brain regions and changes your brain’s decision.

Designing and implementing AIM capable of communicating/merging with the human intelligence (HI) demands knowledge about the human brain. Indeed, the last decades witnessed a plethora in neuroimaging neuroscience studies investigating brain functional and anatomical regions, hubs, nodes and networks. These brain networks represent a set of highly connected brain regions that play a central role in empowering efficient communication between cortical regions, together forming a densely interconnected “rich club.” However, we more and more discover that they are like the Matryoshka doll, yet with potentially infinite probabilities.

Regarding probabilities, it is worthy to note that a recent article published in the Proceedings of the National Academy of Sciences (PNAS, 2017) argued that neuroimaging studies have inflated false-positive rates (5-70% false positives). These results question the validity of a number of functional/structural magnetic resonance imaging (fMRI) studies correlating certain brain networks to human behavior. The second most important tool of knowledge into brain function is electroencephalography (EEG), however, similarly its results have been questioned by scientists, specifically a low signal quality and artifacts of all kinds.

fMRI and EEG are the building blocks on which visionaries and scientists are building their exponential ideas on merging humans and AIM. The Singularity movement, Diamandis, Hassabis, Johnson, Kurzweil and Musk among others, are striving to interface the digital world with the human brain for the purpose of augmenting or repairing human cognition and emotions, and potentially human longevity.

Augmented HI is a well full of promises and pitfalls. Augmented HI implicates that we can “easily” turn short term memories to stronger long term memories; erase traumatic memories or make them weaker; inhibit unwanted thoughts, use our mental flexibility, ameliorate our decision making and process switching, enhance deep learning and reinforcement learning. However, as discussed above our knowledge about these brain functions and their anatomical structures is still under investigation and may be full of false positives. Neuroimaging neuroscience research indeed made giant leaps offering a live stream into the brain, nevertheless it is a long mysterious journey into the depth of the human brain and mind.

The dilemma of merging rational/tangible and mathematically configured AIM with an irrational/intangible cognitively, emotionally-socially human mind is challenging. We are still far from fully scrutinizing the inner workings of the human mind. Hence before connecting it to AIM we should be aware that the bar is high, as high as beyond the sky and clouds. Let’s hope that brain science fiction will soon turn into brain science facts and that Human-AIM merge will turn to be Human-AIM-HI and not human stupidity (HS).

Poorly created Human-AIM-HS merge have the potential to rapidly escalate dangerous situations to catastrophic conclusions. A poorly merged system that gets hacked, controlled or shut down may comprise our morality, privacy or security. AIM are “currently” built without the capacity of self-modification, however, humans are created with this capacity, called neuroplasticity. Imagine an intelligent machine (i.e, warrior-robot) having the access to human neuroplasticity! Now imagine a stupid, greed and immoral human having access to the power of a warrior-robot! Are you worried?

Keep in mind that notwithstanding the scale and pace of neurotechnology, the Human-AIM-HI project is still in its infancy. An infant that we are vigorously feeding both intellectually and financially to become the future. While feeding it we should not forget that humans are fiendishly complex and unpredictable. Human evolution was ignited by an uneven natural selection, greed and fear. Imagine merging these with AIM-HI? What would be the result? Maybe brain hacking, loss of free-will, fewer mind wandering into the stream of consciousness, dependent cognitive thoughts on AIM, less self-generated thoughts… Maybe it’s the natural evolution of humans, or maybe we indeed need to merge with super intelligent machines to become super humans.

Meshberger FL An interpretation of Michelangelo’s Creation of Adam based on neuroanatomy. Journal of the American Medical Association (JAMA). 1990;264(14):1837–1841.

218 Replies to “Should we be worried about merging AI with human stupidity?”