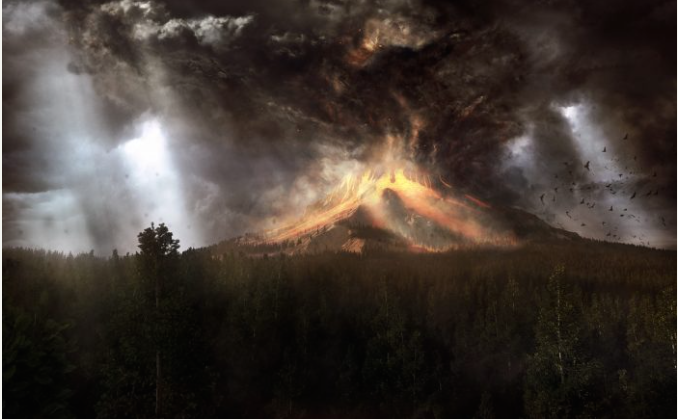 It is homework time, somewhere, in September. “Alex!” His mother calls. “Stop watching TV and please come do your homework.” Alex doesn’t reply. His mother repeats her request twice. Without even glancing at her, Alex continues watching his cartoon. Her voice is as ephemeral as the sound waves that carry it to Alex’s ear. His brain is mesmerized by the colorful cartoon. After the third time, he turns up the volume of the TV. Noticing her mother’s exasperation, his older sister switches the television off. Alex scowls at her and throws the remote control, striking her on the forehead. “Alex! That’s enough! Now go to your room.” In his room, Alex knocks over a chair and throws down the homework that was lying on his desk.

It might be homework time, or bath time, or dinnertime. Suddenly, a child explodes in response to a parental demand or comment. It is a critical situation that can lead to anxiety, frustration, and even despair on both sides. Facing such situations on a regular basis causes significant impairment within the family sphere and interferes with social activities, school, and work. Families suffer; teachers describe children as disobedient and unruly; neighbors call them spoiled brats; pediatricians/psychiatrists diagnose them with disruptive behavior disorders (DBDs), also known as the D disorders.

D disorders are one of the most serious public health problems facing society today. They comprise (1) oppositional defiant disorder (ODD), typified by anger, severe non-compliance, and defiance; and (2) conduct disorder (CD), which is characterized by aggressive/cruel behaviors deliberately aimed at harming people, as well as by property loss or damage, deceitfulness or theft, and frequent lying. Typical of those with D disorders are a shallow affect, impulsivity, and a lack of remorse, empathy, and self-regulation.

The key to controlling behavior lies in the brain

How can you regain control of a situation that has got out of hand when you have difficulty activating your brain control regions? Recent research using magnetic resonance imaging has demonstrated that compared with healthy 8-year-old children, children with ODD display a significant reduction in the density of gray matter (GM: contains neurons, which are the main cells involved in cellular communication) in the left orbitofrontal cortex (OFC), a key prefrontal region that plays a pivotal role in emotional self-regulation and impulse control.

In contrast, they show an increase in the left temporal area, which has been found to be associated with aggressive, impulsive, and antisocial personality traits. These structural abnormalities present some evidence for the existence of neuropathology in ODD during childhood, and may contribute to the pathogenesis of this disorder.

The real problem is not Alex, but rather his brain’s functional and anatomical dysregulation. The OFC is crucially implicated in the behavioral inhibition system (BIS) and in the regulation of socio-emotional behavior in settings requiring social affiliation and social judgment, as well as self-awareness, inhibition, and the management of behavior through judgments and decisions about one’s actions.

How to help Alex?

In our role as parents and/or health professionals, it is our job to help Alex activate his OFC to control the situation, think about moral judgments, and feel empathy. There is no magic formula for educating an ODD child. However, there is general agreement on the concept of applied behavior analysis (ABA), formerly known as behavior modification, as a means of guiding children’s behavior.

ABA is based on the principle that reinforcement and punishment shape behavior; reinforcement promotes behavior repetition, while punishment discourages it. One straightforward application of this principle is found in cognitive-behavioral training.

Cognitive training is currently the subject of considerable discussion. It is an expanding field, with methods ranging from simple cognitive neurocoaching to neurofeedback and, more recently, brain-computer interface (BCI) applications. It often involves computerized training programs, which are particularly appealing in the computer age, especially for children. Increasingly complex programs have been developed to improve behavioral function and combat distorted thinking.

Since it promises to promote attention and self-control skills, behavioral training may be a particularly appealing non-pharmaceutical alternative for treating ODD children.

When parents and teachers find themselves in a frustrating situation with a child suffering from a D disorder, they need to avoid becoming upset and arguing with the child. If they are mindful of cognitive training paradigms, based on knowledge of the brain’s functions and anatomy, they may be able to help children like Alex activate their OFC and experience a sense of inner peace. Over time, with encouragement, these children may learn to do this on their own.

One Reply to “The D disorders: When a Volcano erupts!”